Currently I’m in process of reading a big book about algorithms. And there is a small thing I want to share.
A lot of people has no clue what is the O(n) or O(log n). Just because they don’t need it right now, or skipper this lecture in University or whatever. But among those who know usually the big “O” is the only thing they know. But actually there are some more complexity notations and I’m going to share some brief information about them.

Now you know all five notations, but I’m pretty sure that knowing Big-O and Theta of the most popular algorithms will be enough for most live situations. F.e. if your wife will tell you to declutter your wardrobe and put your socks to one shelf and t-shirts to another – it’s just a O(n) complexity task, so you can be calm. 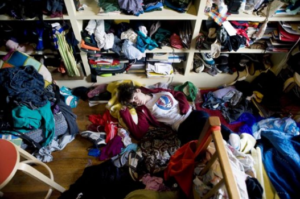